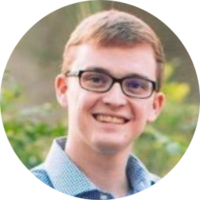 Learning to code is one of the most advantageous and rewarding skill sets to have in todays technological world. Whether you’re new to code or you’re a pro, everyone has their own story of what drew them to coding, how they learned it, and what inspires them to keep going. Tyler Woolley is a Senior Associate Analytical Consultant with SAS Institute Inc. who graduated from Wofford College in 2016 with degrees in Mathematics and Computer Science. He is now an active mentor here at SC Codes. Here is his Code Story.

What inspired you to learn coding? What do you love most about it?

My junior year at Wofford College, I was almost done with my Mathematics major requirements, so I began looking for other classes to take. As a part of the math major, an introductory coding course was required. Since I enjoyed that class (and did well in it!) I pursued a double-major in Computer Science. My favorite part about coding is when you’re working on a project and you’re dealing with a bug or a piece of your program you can’t figure out and then you have that “aha!” moment. It suddenly becomes clear why your program is erroring or why it isn’t doing what it should be.

How did you learn to code?

I learned to code through college. I did a double major in Computer Science at Wofford College (along with a mathematics major). Pros of this method are that you have extremely qualified professors teaching you, and at the end of it you have a degree that signifies a certain level of competence in coding and computer science.

What have been your best experiences as a coder?

My best experiences as a coder have been the instances where I’ve exceeded a customer’s expectations. I’ve done this in a few ways: one by delivering the product or solution quicker than the customer anticipated, and the other by delivering more than they needed. For example, instead of delivering a dashboard with simple excel reports, I was able to add on useful visualizations which helped with customer with their analysis of the data.

What else should we know about your story?

Even though I went to school for programming where I learned all the modern languages, frameworks, techniques, etc. my first job was a legacy, mainframe programmer. I worked on claims processing programs using old languages like COBOL and JCL. But since then, I’ve moved to other positions where I’m able to do what I want my field. I’ve been able to move into a data science role where I wrangle large sets of data and try to find meaning in them for the customer.

SC Codes is a learning platform and coding community built to connect South Carolinians to the education and resources they need to unlock careers in technology.