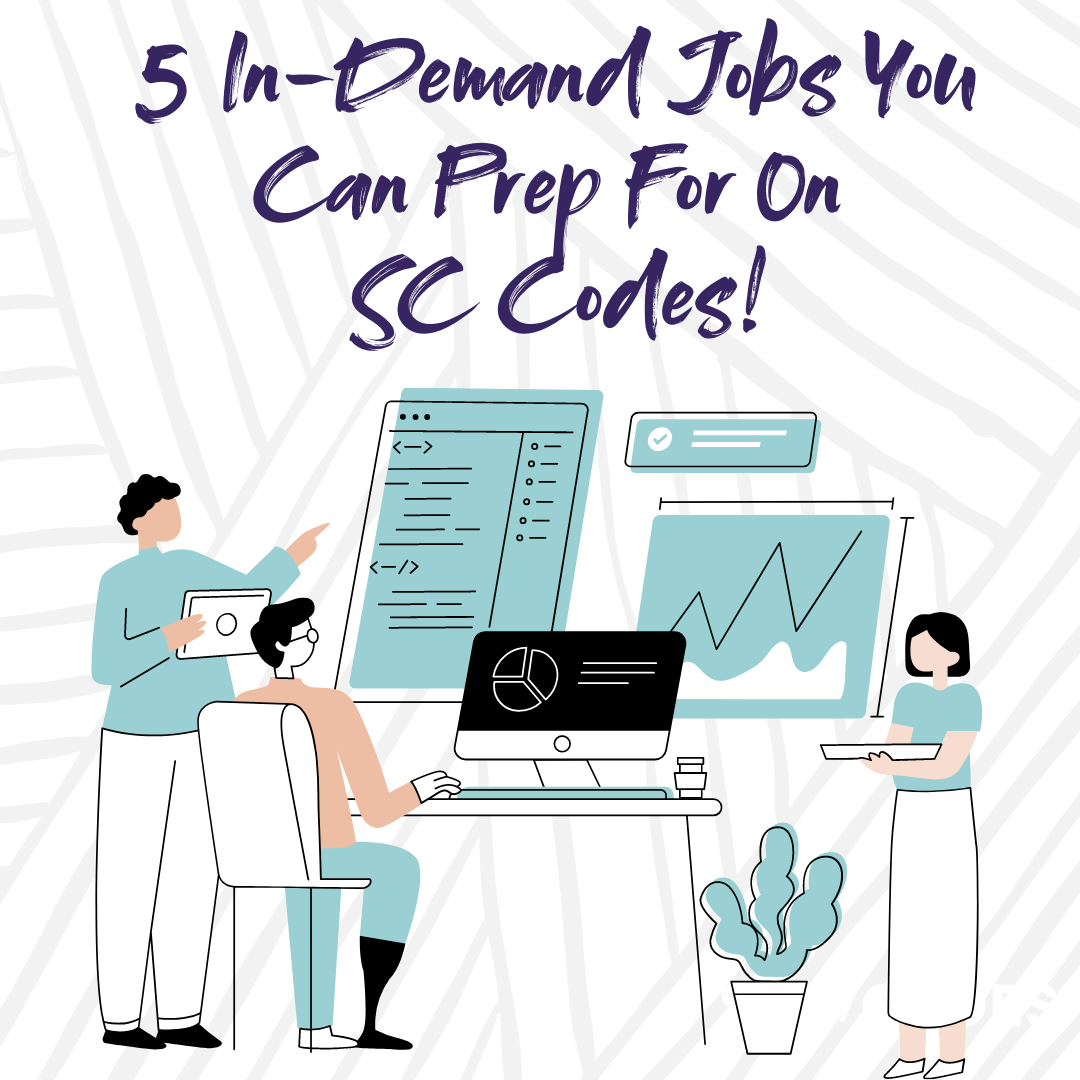 5 In-Demand Jobs You Can Prep For on SC Codes

For the past decade the tech industry has experienced consistent progress and growth despite an economy of decreasing job stability. In an ever-changing and innovative industry, it’s hard to imagine finding a place for oneself in the endless possibilities of job opportunities. Everyone has heard of the fun laid-back offices filled with ping-pong tables, virtual reality rooms, and snacks but what  exactly do these jobs really entail? You’ve completed someSC Code modules, now how can you put your new coding skills to good use? Here are five entry-level coding jobs you might find yourself in after deciding to make your way into the booming tech field.

Frontend web development utilizes HTML, CSS and JavaScript for a website or mobile app. It works directly with what users see and interact with. The main challenge with frontend development is to be sure finished products are user friendly and easily digestible. It’s also important to be sure the website or mobile app is accessible to all, regardless of disability, a factor that is not always considered in the development process. In addition to this, these developers must create tools to aid in site interaction across a variety of screens, browsers, and devices. Finally, frontend roles must fix bugs, run usability tests, maintain the interface integrity, and follow the best SEO practices.

If you’re considering a job in frontend development, the best place to start would be our JavaScript Concepts course followed by our Frontend Basics course and React Applications course. After completing all three courses you will receive a Frontend Certification which you can take to your prospective employers as proof of your training. This pathway also includes lots of projects, so you’ll have a great portfolio too!

Backend Development refers to the server-side of development. It focuses on data, databases, application logic and website architecture. It deals with behind-the-scene programming that occurs when performing any action on a website. Unlike frontend development, backend development is everything the user doesn’t see. It’s what powers a website. Backend developers utilize languages like Ruby, Python, C#, and Java in conjunction with APIs, servers, and databases. A backend developer’s responsibilities include knowledge of algorithms and data structures, awareness of security concerns and hack prevention, reporting and analytics, and backup/restore technologies.

If you’re considering a job in backend development, SC Codes offers courses in Ruby Concepts, Ruby Basics, and Ruby on Rails Applications. Completion of all three courses also qualifies you for a certificate of completion.

A full stack web developer is capable of producing both frontend client software and backend server software. Programming for this role would require knowledge of browsers, servers and databases. Most often a full stack developer will find themselves building both the front and back of a website at the same time. They create seamless user experiences that often require the help of a graphic designer to create the perfect interface. This role is versatile, challenging, and requires multiple skillsets. Full stack developers are most like a jack of all trades who get to experience the full spectrum of programming.

Completing both the Frontend and Backend certifications of our modules is crucial to becoming a full stack developer. We’ll equip you with the necessary tools to master both sides of web development!

Software engineers create, test and debug computer systems software and applications software. They create the algorithms to tell the computer what to do based on a client’s needs. These positions require both soft and hard skills due to the need for interpersonal communication. Some of the most commonly used programming languages in this position include Java, Python, C++, or Scala.

Java is a great starting tool to being a career in software engineering. We offer one of the best programs on Java Concepts for beginners, start your engineering journey today!

An app developer position is similar to that of a computer software engineer but their greatest responsibilities include creating, testing and programming apps for mobile phones and tablets. App developers may also work alongside UI/UX designers, data analysts, and other tech experts to create mobile applications. Finding bugs, detecting hackers, and maintaining app security are also responsibilities of app developers.

Whether you’re new to code or you’re a pro, finding a new career in the tech industry can be as simple as prepping with the best free courses South Carolina has to offer. Get started today on your code journey with SC Codes!

SC Codes is a learning platform and coding community built to connect South Carolinians to the education and resources they need to unlock careers in technology.